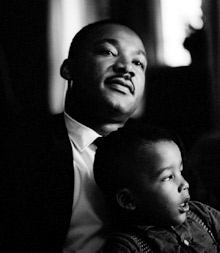 Where does innovation -- and, more importantly, innovative thinking -- come from?

In the business world, two factors spur change: opportunity and fear -- the opportunity to make money and, conversely, the fear that some other guy will wipe you out if you don't improve. Evolve, or die, as they say in Silicon Valley.

In the world of public education, however, the status quo is too often placidly accepted as good enough. But smart people know better. Smart people know that unless we improve our public education system, this country is doomed as an economic powerhouse. What company, for instance, would accept the loss of half its employees every five years?That's the recidivism rate among new teachers. What business would not panic if 30 percent of what it produced failed? That's the latest rate of failure to graduate from high school on time.

There's the fear; let's talk about the opportunity.

The educational community is filled with innovative thinkers, butsometimes you have to look at the margins to find them. Or just goupstairs. That's what happened at the National Educational ComputingConference (NECC), held in late June in Atlanta. It's a monster event.About 13,000 people attend and view presentations by the hundreds.

While the sprawling show hummed below, some of the nation's bestedubloggers were popping in and out of the Bloggers Cafe, on Level Twoof the World Congress Center. It was a beehive, with dozens of bloggersrapidly exchanging ideas, and even having a few laughs.

Many of the nation's top edubloggers were there: David Warlick, VickiDavis, Sheryl Nussbaum-Beech, Will Richardson (full disclosure: he's onour advisory board), David Jakes, Joyce Valenza -- too many to mention,really. Most arrived a day early to take part in an edubloggers' "unconference,"where many met face-to-face for the first time. And nearly allagreed that the greatest energy and excitement of NECC came from theBloggers Cafe, and the multiuser Skype conversations during sessions.

To many, the main event became a sideshow. Said Richardson, "Thatmodel of someone standing on a stage talking for an hour paled as comparedto just having a conversation. The whole experience has challengedmy thinking a great deal."

The edubloggers' launch pad was just a few feet from the show floorand its thousands of attendees, but in many ways they were a millionmiles away. All these folks are not only passionate about tech-driven educationalchange, they also practice what they preach. What if that samekind of excitement for interconnected learning happened in every classroom,every school, and every district?

I was thinking about this when I took a brief respite from the showand went with my son, Jackson, to the nearby Ebenezer Baptist Church.Within its red brick walls, Martin Luther King Jr. preached. The U.S.Park Service is sensitive enough to let people quietly walk into thisnational historic site and allow the words of the great man to do the talking.His speeches, given within these very walls a half-century ago, areplayed for the hushed visitors.

It was ferociously warm outside -- "hot as fish grease," as a local said -- but in the cool air of the sanctuary, with dappled sunlight comingthrough the stained glass windows, King's voice rang out. With only thetiniest amount of imagination, it was easy to envision the greatest oratorthis country has produced speaking with grace and passion, providing themoral, spiritual, and intellectual signposts for the nation-altering eventsto come.

What struck me was the link between King's prophetic call to actionand the changes going on in the second floor of the World Congress Center, about ten blocks away. King framed civil rights as a push for social equity and justice, and I believe that, too, is what public educationis all about. The quest for a better educational environment is an economicargument, to be sure, but also a moral imperative.

Big movements can begin in small spaces; it's the intellectual heft andimportance of the arguments emanating from those places that maketheir importance grow. The opportunity is there -- now we just have toseize it. And I have a feeling I've seen it begin.