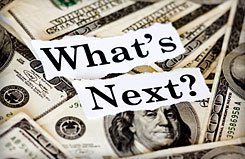 The $100 billion in education monies in the economic-stimulus package aims to stem huge cuts by states, fund programs for special education, low-income students, and early-childhood initiatives, and provide incentive to everyone, from teachers to state officials, to think in terms of reform.

Congress approved the $787 billion economic stimulus bill on Friday, and President Obama is expected to sign it Tuesday. The money for education will help President Obama make good on promises to help the nation's K-12 schools, though it's about $50 billion less than the first draft passed by the U.S. House of Representatives and leaves open a lot of questions about when and how the money will be distributed -- and whether it will be enough. The majority of the difference came from losing school-construction money and decreasing the amount states will get.

Here's what we do know:

Under the bill, states will get $53.6 billion in what's called the state stabilization fund. Most of that money (about $39 billion) goes toward helping states restore cut programs, which, depending on the state, have included early-childhood education, after-school programs, professional-development money, and actual school staff. That money will go out more quickly, based on a formula, so schools aren't left wondering if they have to shorten their school year this year or make staff layoffs for the next school year.

Stripped from the bill is money for school construction. The funding, about $17 billion in the version first passed by the House, was a huge obstacle for the U.S. Senate and stayed out when the bill got through a compromise committee. Instead, states can draw from $8.8 billion in the state stabilization fund for high-priority needs.

In what the Obama administration considers its reform piece of the stimulus package, there's $5 billion in incentive grants, which U.S. education secretary Arne Duncan calls "race to the top" money. Logically, this money won't be available until 2010, after states are able to put their stabilization funds in place. To get a grant, a state has to show how it's in compliance with a few measures under the No Child Left Behind Act already required under the law. They also have to put in place a statewide data system to measure student progress and make sure their standards lead students to college or other postsecondary training.

The grant does leave open a few questions, including how states will prove they're doing everything right, and what they'll do with their incentive money. Duncan says it's intended to make students and schools more competitive globally. Also included in the $5 billion is $650 million for more innovative programs, to "scale up what works" in schools, Duncan adds. How that money will get doled out is unclear.

"We have to educate our way to a better economy," Duncan says. "This represents a once-in-a-lifetime opportunity to do something."

Other money in the stimulus package for education: