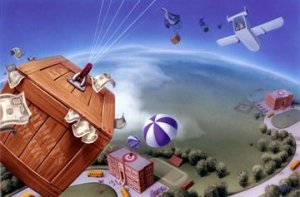 It's the worst of times and the best of times for education. So much is broken, and there has been little in the way of resources to make repairs. Reading test scores haven't improved nationwide in any meaningful way since the early 1970s, and school districts are scrambling to make ends meet.

But at the same time, President Obama's federal stimulus package, which is being spearheaded by Secretary of Education Arne Duncan, presents a true ray of hope for making bona fide changes.

If used wisely, the recent infusion of funds into our public education system provides the opportunity for far-reaching innovation, consequential changes, and long-lasting impact. But it is essential that we take full advantage of this unprecedented opportunity to invest in the quality of education nationwide, as we may not see an infusion like this for another generation or more.

Historically, we've been here before, at the cusp of a huge opportunity. In the 1960s, around the time I first began teaching in the public schools, President Lyndon Johnson signed the Elementary and Secondary Education Act (ESEA), a breakthrough move that targeted about $1 billion in federal funds to better serve low-income students. Lightning struck again in the mid-1990s, while I was assistant secretary for elementary and secondary education in the Clinton administration, with the reauthorization of ESEA and the commitment of some $9 billion.

Then, in 2001, came No Child Left Behind, with a provision designed to hold states, school districts, and schools accountable for annual gains in student achievement. To make that happen, the federal government pumped another $22.2 billion into education -- below the $26.4 initially authorized but substantial for its efforts nevertheless.

And now, President Obama's roughly $100 billion allocation to public education is, by any standard, an unprecedented boon.

What strikes me most about the events of the past 40-50 years in education is how little impact we've made with so much effort and so many public dollars. The problem can be attributed to the fact that we spent too much of those one-shot infusions of money on recurring costs. Most district budgets allocate 80 percent for salaries and benefits, and individual school budgets allocate more than 90 percent, leaving too little to invest in pioneering creative solutions.

When I consider the money spent on student achievement based on results from the National Assessment of Educational Progress (NAEP), I see vast unfulfilled potential. The total expenditures per pupil in constant 2002 dollars rose from $3,400 in 1971 to $9,000 in 2002 -- more than 200 percent. But NAEP fourth-grade reading scores rose only nine points, from 208 in 1971 to 217 in 2002.

A modest improvement, yes, but it barely moves the needle compared with where we stand vis-á-vis other industrial nations and the size of the investment. I'm worried that we'll relive history and make the same mistakes about where we spend today's infusion money. To avoid simply maintaining the status quo or, ultimately, losing ground, we'll need to make compromises between spending on recurring costs versus investing in innovation.

Where, precisely, should we focus that investment? It needs to go into sound, long-lasting innovations rather than into strictly saving jobs. The thrust of our efforts should be focused on improving the quality of classroom instruction and leadership in schools. That strategy requires taking calculated risks that must lead to attainable, effective, and sustainable results. Here, then, are four areas of improvement we can support with stimulus money.

It may not sound very sexy, but Obama and Duncan have made this goal a high priority, and they are right. School systems need to come up with ways to add breadth and depth to technology applications that measure, in fine detail, the progress we're making in education. 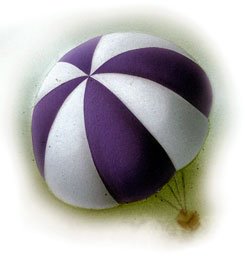 It is essential that we measure this impact -- showing the cause and effect of what is successful and what is not -- so that we can create a national culture in which education is a high-priority investment for our government. The information collected should inform all the other innovations that take place, both within and outside of the stimulus funds.

Districts and individual schools should begin by building a technology infrastructure that includes, among other things, integration of data systems, online learning for students, professional development for educators, project learning, entrepreneurship-education programs, and parent and community outreach and engagement. In the classroom, technology can provide opportunities for independent study, local area networking and wide area networking, and team building -- essential skills all students must acquire.

Successful teachers and principals provide the best means of turning poorly performing schools around. To that end, we have to develop fair and credible incentives both to attract and keep these professionals.

At least in its current incarnation, the existing step-pay system, which typically provides automatic annual increases for each year of active service (until the top of the schedule is reached), needs reevaluating. The time is right to either combine automatic pay raises -- or replace them altogether -- with performance or merit pay.

The current compensation structure in most districts also rewards professionals for additional coursework and advanced degrees. This component of compensation is worth preserving, but we need to revamp it and consider more stringent requirements for the type, quality, and content of the courses taken.

We should also look into different approaches for implementing performance pay. The metrics must be fair and the process for interpreting them transparent. We should encourage experiments, such as rewarding teams rather than individual teachers.

For example, offering paid incentives to teams of three or four teachers to accept assignments in low-performing schools can improve both the quality of instruction and student performance. In addition, rewarding teams instead of individual teachers supports a collaborative, performance-based culture rather than one of isolation and atomization, which exists in many schools.

Save on Special Education Budgets

Special education amounts to more than 20 percent of the budget in some larger districts. Yet we can do a far better job of educating students in these programs and spending the earmarked money.

To begin, we must take strategic, entrepreneurial steps in order to lower the costs of teaching special education kids, many of whom are placed in private day schools or residential-school settings with annual tuition costs of tens of thousands of dollars.

In 1998, for example, when I was superintendent of the Boston Public Schools, the district had 929 students with disabilities in private school placements at an average annual cost of about $65,000 per student. The per-pupil cost for a special-education student being taught in one of the BPS's own district classrooms, however, was about $30,000.

The district decided to create new classes that would equal or exceed the quality of education students placed in the private schools were getting while saving the district more than $35,000 per student. By 2008, there were only 370 BPS students in private-school placements, resulting in an annual savings of almost $20 million -- money that can be reallocated to improve instruction for all students.

Competition with private schools proved successful because the public schools' share of enrolled students increased with the addition of higher-quality programs provided at lower cost. Using stimulus money to create new special-education programs that bring students back from private-school placements would cover onetime start-up costs and result in annual savings for years to come, all the while providing a top-quality education for special-education students.

By providing new, inventive training programs in hard-to-fill fields such as science, special education, and English-language learning, we'll be able to recruit higher caliber educators. The BPS created its own Boston Teacher Residency program and Boston Principal Fellowship program, which challenge traditional approaches to teacher and principal training. Each program has a six-week summer session with district-designed courses that address the district's specific challenges.

In addition, teachers complete a residency for four days a week in a school with accomplished teachers and principals during the academic year, with master's-level coursework on Fridays and occasional evenings. Teachers completing the program are often hired by principals in the schools, where they trained as residents, or they are eagerly recruited by other BPS schools. Likewise, principal fellows move fluidly into assistant-principal or principal positions.

We could use stimulus funds as a source of start-up money for similar programs all over the country. Over time, in the BPS, the retention results for those completing the teacher-residency program -- 85 percent through the fourth and fifth years of teaching -- have made it cost effective and sustainable given the high annual costs of hiring, inducting, and supporting new teachers to replace those who leave teaching in the first three years.

Even before the stimulus money began to reach states and districts, the debate heated up over whether it would be enough. Although that remains to be seen, the short-term money is here now, and we must use it for long-term impact, even if it runs contrary to our tendencies for instant gratification.

One thing, however, is perfectly clear: Another opportunity like this won't come along again for a long, long time, and we need to seize it in order to reshape the future and ensure that funding for public education remains a first-and-foremost priority for government at all levels.

Thomas Payzant is a professor at the Harvard Graduate School of Education and a former superintendent of the Boston Public Schools who served in the U.S. Department of Education under President Clinton.