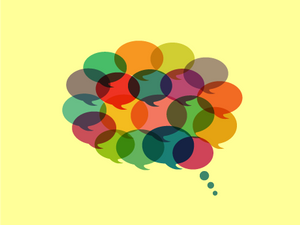 There is much talk these days about the school principal as “instructional leader.” While the purpose of schools is ultimately about student learning, a principal risks getting “lost in the weeds” if her primary focus is on classroom instructional practice. Why is this the case? Because instruction is the result of the ideas, decisions, priorities and values of the people in the organization. In short, the overall instructional landscape is a byproduct of the school’s adult culture. Peter Drucker puts it bluntly (and unforgettably): “Culture eats strategy for breakfast.”

To enable dynamic, engaging and collaborative instructional practice across the school, we must first ensure there is an open, trusting, giving web of relationships in place - one where doors fly open in invitation, rather than staying shut in comfortable isolation. All the myopic attention to pedagogy only goes so far as long as the adults keep each other at arm’s length - too falsely polite to give feedback and too distanced to be receptive to it. For this reason, school leadership in our current context requires that principals assume the role of Chief Culture Officer.

Todd Whitaker and Steve Gruenert’s excellent book School Culture Rewired: How to Define, Assess, and Transform It makes a powerful case for why focusing on culture is our primary concern as site leaders: “Culture is not a problem that needs to be solved, but rather a framework that a group can use to solve problems” (p. 6). Principals that see themselves as instructional leaders first will fall short of their potential - and, by extension, so will the school.

While not an exhaustive list, here are five important actions a leader can take every day to nourish the confidence and trust necessary to an open, supportive, collaborative and joyful school culture.

Dedicate time to build relationships with everyone, including those with whom you have had conflict. Given 30 minutes, do you observe a class or go check in with a teacher on their prep? Both are important, but if a principal goes months between meaningful conversations with each staff member trust and openness will suffer. Perception is reality; often teachers and staff feel that administrators have their favorites - and sometimes they are right. A staff doesn’t lose confidence in school leaders based on having a disagreement, rather the sense that the door is closed and conversation pointless.

This feels paradoxical to being a leader - after all, leading means doing, no? Yet being successful at this (difficult, to be sure) is a sure sign we are on the right track. The more the leader does and talks, the less others do and speak. While taking an assertive stance on some matters is important (such as safety, managerial efficiency, legal compliance), remember that your status as the “decider” does not ensure broader understanding or engagement with new ideas. By inviting people into the thinking process, leaders create the conditions for ideas to surface and percolate while also instigating broader input, investigation and dialogue. Rather than invoke the toxic passive voice of “decisions were made,” the organization can say: “This is the process WE undertook; these are the changes WE made.” Be sure to include students and parents. Margaret Wheatley says it best: “Participation is the only change process.”

Here's another way to think about it: most likely you will leave your current school long before the bulk of the staff. Who will do the talking and doing after you're gone? The loudest leadership voice may not always leave the deepest imprint on an organization's behavior after all.

This might be the best example of “challenging the status quo,” as often the status quo is simply the polite silence that accompanies people doing things according to their own set of values and beliefs. That is usually not the fault of “silo-mentality” teachers; many site leaders NEVER create the time or space for people to air out those differing perspectives - after all, that feels like a scary proposition. We shouldn’t be surprised that, over years and decades, people default to their own views. Gruenert and Whitaker describe this “Comfortable-Collaborative” paradigm as such: “Many teachers will hesitate to voice their disagreement with one another for fear of hurting someone’s feelings.”

4) Be vulnerable in public

We want teachers to be open to feedback from students, parents, administration and each other - so how do we SHOW that we are open to feedback? To make people feel safe giving the boss feedback we must provide many avenues for people to give it. Inevitably you will get feedback that is hurtful or contrary to your own perceptions; rather than ignoring it, use it as an opportunity to reflect in public and take steps that show you are listening - and also show that you are not afraid of being criticized.

5) Give permission for new ideas to surface

Often there are people on staff that have ideas they are afraid to share for fear of reprisal - from their colleagues. The 21st century organization is one that is always trying something new; after all, how do we know that current practice is the “right” one? Education is slowly moving away from its 20th century homeostasis and culture of “expertise” to become a place where experimentation and failure are seen as critical facets to a meaningful learning experience. When people come to you with ideas they’d like to explore, we can do better than to just say “Yes” - we can say: “How can I help you make this bigger?” (Thanks to @jcorippo)

School leadership is full of paradoxes; our organizations want “strong leaders” but not someone unilateral or “top down.” They want someone who is brave and confident while also being humble and gracious. These expectations aren’t necessarily fair to the leader - after all, they’re only human! The seasoned leader, however, understands that these paradoxes are a natural part of their particular working landscape. Developing a psychological and emotional framework that views these paradoxes as opportunities to explore - rather than pitfalls to avoid -  is a critical facet to leading with positivity and credibility. It is the defining mindset of the Chief Culture Officer.

A principal’s job is not to come into an environment and “fix” a broken culture, rather to engage the strengths present as vehicles for addressing challenges and realizing continued improvement - ultimately measured through the lens of the student experience. One key strength we mustn’t overlook is the commitment of the people in the building and a positive assumption that we all care about doing what is best for children. In fact, being the “positive contagion” (Fullan) is often the most powerful leadership stance a principal - er, Chief Culture Officer - can take.