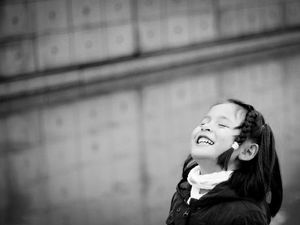 Failure is the new success. It’s becoming one of the buzzwords that is often overused in education and other industries like the tech and entrepreneurship space. Many educators are working hard to help students see that it’s okay to fail and most importantly, that no one is perfect. I do think that there is a general narrative of accepting failure and learning from our mistakes, but we also need to talk about how to cope and recover from failure.

How do we as educators, as parents and as students begin to see that failure is an acceptable form of learning? I have accepted the fact that we will fail over and over again, but the only way to learn and grow from our failure is to also learn how to recover from it successfully, in a healthy way.

Have students reflect on their own personal failures, whether that may be something recent, or their general concept on their own skills and abilities. Ask them to reflect in their own way, that might include writing it down, blogging, or even recording a podcast about it. For many putting their thoughts into words,

Make sure to let students know to set a limit on “sitting” with their failures. This means that they can dwell on it, but only for a limited time. This helps to accept all the emotions and feelings that come after failing: disappointment, sadness, anger, giving up. However, it also lets students, and even adults know that they will need to move on from those emotions once the time is up. Often, we spend a lot of time dwelling and falling into that space of negative emotions when failing, we need to set a limit for that space. So it’s okay to feel these emotions, but not forever, we must move on after that time frame.

By moving on, mentally, we still might not be ready. Students will probably still be feeling all the above emotions, as they are still technically in the recovery space. However, encourage them to move on and “do something else”. Again, they need to be reminded that it’s okay to still feel those emotions, but it is one’s hope that when they are moving on with another activity, that they began the process of reflecting with a new mindset. Doing anything else other than dwelling on one’s failure can help students to have a clearer vision of their experience with failure and recovery. It will also help them to put things in perspective, move on and grow from their failure.