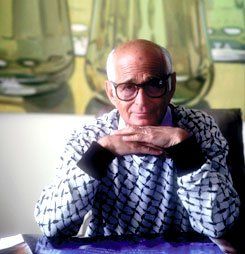 As the man who brought you Archie Bunker, George Jefferson, Fred Sanford, and Mary Hartman, arguably four of the least well-educated characters ever seen on television, being asked to share my thoughts about education is a riot. But I'll try.

I don't know if television belongs in the classroom, but TV is often a great source of education. Of course, it can educate for the good, or for the not so good. That's up to the TV industry, which is a very big business, to decide. Unfortunately, the prospects are not good. The major media companies that fund whatever we see on TV want a hit Tuesday night at 8:30 as quickly as possible. They need a profit statement larger this quarter than the last, and that outcome often comes at the expense of other values.

Professor Stuart Ewen of Hunter College, in Manhattan, has alluded to this impetus, and he once wrote that market forces have become the new value system. We have come to the point, he noted, where advertising "has become the primary mode of public address; the term consumer has become a substitute for the word citizen -- and the truth is that which sells."

Students as little more than consumers -- that's a sad truth.

Schools and students are also getting blasted from another side. Right now, we're seeing a resurgence of fundamentalist thinking in the classroom. In schools, the Religious Right is trying to get educators to teach creationism and push it as scientific theory. These people claim that unless our public schools teach their sectarian dogma, we are undermining the religious faith of their children.

Of all the falsehoods and confusions and misunderstandings for which the Religious Right is responsible, this one angers me the most: that the division in our society is between those who have absolute, unquestioned biblically mandated values, and the rest of us, who supposedly have no values at all.

The Religious Right has taken aim at something more important than the books they deem controversial or the theories with which they disagree: They challenge the principle that schools should teach the basic skill of independent thinking.

That is our struggle in education. Kids are caught between media companies who treat them solely as consumers and fundamentalists who won't let children think independently. Both sides seek to mold a new generation of Americans, who, as a Gilbert and Sullivan song put it, will "never think of thinking for themselves at all."

Still, I'm not despondent. I'm too busy fighting these ideas to despair. So long as one is eternally vigilant, one must be hopeful.

I once stood at a lake with my grandfather. I was a kid, nine years old or so. I was throwing rocks in the water. My grandfather said, "Every time you throw a rock in the water, the level of the lake rises."

So I threw a rock, and I looked to see. He saw me looking and said, "Oh, no, you're not going to see it, but if I had a scientist here, he could prove to you that each time you throw a rock, the water level rises. You can't see it, but you do see the ripple."

I still remember those words and that very important lesson. Big change takes time, whether it's in school or on television. Even with our biggest effort, we may not always see the whole lake rise. But we will get to see the ripple.

Norman Lear co-created such classic television programs as All in the Family, Maude, Sanford and Son, The Jeffersons, Good Times, Mary Hartman, Mary Hartman, and One Day at a Time and has produced movies, including Fried Green Tomatoes and The Princess Bride.