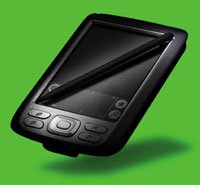 Alex Bick, an amiable senior from Millburn High School, in Millburn, New Jersey, is a pioneer of digital learning. He not only readily adapted to technological gizmos growing up, he also quickly understood their power as teaching tools. By the time he was a teenager, Bick had begun to imagine new ways of incorporating computers into the lives of students, and, as a very motivated guy, he went even further to find ways to test his ideas.

With the help of mentors at Harvard University and the Massachusetts Institue of Technology, and thanks to the loan of hardware from Microsoft, Bick conducted a study called "The Impact of Personal Digital Assistants on Academic Achievement," in which he investigated the correlation between the use of Microsoft Pocket PCs and the academic performance of Millburn freshmen and sophomores over the course of five months. Five trials later, Bick found that his hunch -- that access to the devices would raise the students' grade-point averages -- was correct.

Even with no training on the personal digital assistant (PDA), study participants caught on naturally to the gadget's features -- Pocket Calendar, Tasks, and Class Pro features were the most useful -- and experienced grade-point-average boosts of about 14 percent compared to the control group, which started with similar grades. "They were reluctant to hand them back at the end of the semester," says Bick, who wrote two software applications that collect and record data on the applications the students used.

The seventeen-year-old also manages to teach a multimedia class to third graders at Temple B'nai Jeshurun, in his hometown of Short Hills, New Jersey. "We connect to an old subject in a new way," he says. Bick guides the kids on virtual trips to Israel, for instance, on Web sites such as the Israel Ministry of Tourism's site.

This fall, Bick is testing an intelligent-tutoring software program he wrote, which he hopes will teach students on the go. Under catchy titles such as "Algebra at the Mall" or "Addition at the Movies," the program presents problems and offers hints to guide students to correct answers, right on their pocket PCs. The interface is cheaper and more mobile than that of computers, and the kids love it. "Kids are more tech savvy, because they have a lot of time to experiment and are not afraid of breaking the technology," says Bick. "It reflects their attitude to life."