"Why don't cannibals like to eat clowns?" asks Bucky, a Ringling Bros. and Barnum & Bailey circus clown, to a crowd of kids assembled in the auditorium. "Because they taste funny," a young boy shouts out, proud to know the punch line to the old joke.

"OK, then, how come they like to eat high-wire walkers?" Bucky says as he adjusts his suspenders and fiddles with his oversized bowtie. The room grows silent; even the young know-it-all is stumped. "Because they want a well-balanced meal!"

Bucky is the headline act in a small group of circus performers making its way around New York City schools. The shows feature slapstick, juggling, and even a Chinese acrobat twirling plates -- while standing on her head. But this isn't standard circus fare.

Midway through the hour-long show at PS 24, two Ringling Bros. dancers in red, sequined jackets invite the students to get up and practice the daily warm-up routine that helps circus performers remain not only fit but also what's described as "circus fit." "We need to be in top physical condition to do all the crazy, fun stunts we do," Bucky tells the crowd.

Since 2001, Bucky and his circus friends -- among them acrobats, other clowns, and trapeze artists -- have visited more than fifty public schools and dozens of youth groups and museums across the country as part of Ringling's CircusFit program.

The Greatest Show on Earth, it seems, is now in the business of preventing American schoolchildren from becoming the largest kids on Earth. Ringling Bros. has invested more than $400,000 in CircusFit, which aims to draw on the wacky and whimsical appeal of the circus to inspire kids in grades 2-5 to lead active lives as modeled by remarkable circus performers.

The program centers on the CircusFit Web site, launched in 2004, where educators can download free lesson plans highlighting the importance of being active, keeping hydrated, and eating a nutritious diet. The final lesson, entitled "Ladies and Gentleman," instructs teachers on how best to create their own classroom circus to show off newly acquired skills.

Classes that stick to the program may be rewarded with free circus tickets, an in-school performance, or a visit from Bello, the comic daredevil with 8-inch-high red hair. And when the circus comes to town, a select group of classes that complete the six-week program may get the chance to perform in the Ringling Bros. preshow.

"Putting together a show is a great motivator," says Peggy Williams, who manages education outreach at Ringling. "They're not just doing sit-ups; they're doing sit-ups for a reason. They're also learning teamwork and how to share space."

CircusFit is gaining ground; the curriculum, which meets the President's Fitness Challenge requirements, was integrated into all elementary schools in New Hampshire for a two-year period as part of the governor's "Get Fit New Hampshire" campaign. And individual teachers across the country are embracing CircusFit in increasing numbers.

Mark Feldman, a seventeen-year veteran physical education teacher at PS 24, is one of them. Back in 2006, he incorporated the CircusFit curriculum into his classes. He says the performance and subsequent school trip to the circus come in handy when he's teaching physical education. "Think back to skills you saw the acrobats and clowns doing," he'll tell his students as they huff and puff through a round of strenuous push-ups. "Which performers need upper body strength?'' he'd ask.

"The students ooh and ahh when they see an acrobat balancing on her head," Feldman says. "I explain to them that circus performers don't just wake up one day and suddenly decide to balance upside-down. They need to practice skills over time to develop strength."

The U.S. Centers for Disease Control and Prevention reports that the percentage of overweight children and adolescents has more than doubled in the past two decades, but programs like CircusFit are catching on. Not every kid may learn to do headstands, but at least they'll get something out of clowning around. 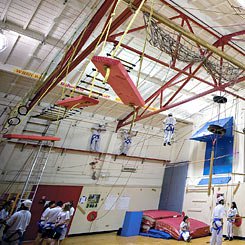 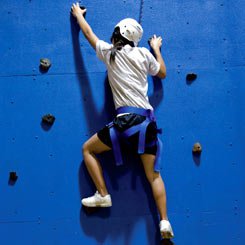 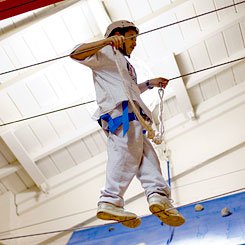 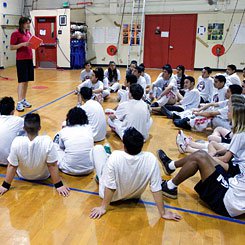 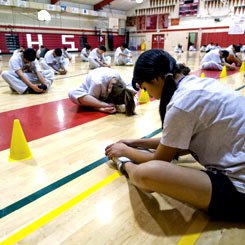 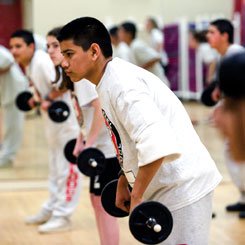 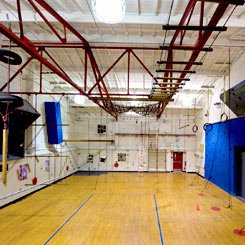