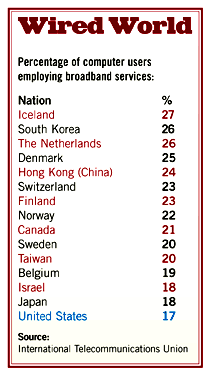 The last time China attempted a great leap forward, under Mao Zedong, the result was a disaster, both economically and socially. Today, with a market economy in place (though the Communist Party is still in charge), the vast country can legitimately claim that a great leap is taking place.

China's rise as a global business power is the most publicized aspect of change, but strides in education are no less notable, and clearly provide a foundation for further economic advances. Though far from an ideal system, Chinese education has come a long way from the tumultuous, antiacademic days of the Cultural Revolution, and now provides nine years of basic education to most pupils (compared to thirteen years in the United States). In a relatively short span, a revamped school system has begun to succeed in eliminating once-widespread illiteracy and dramatically increase the number of students in higher education, especially in science and engineering.

According to Vivien Stewart, vice president for education at the Asia Society, the country's rapid advances depend on five elements:

Impressive as these achievements are, Stewart says that even as China moves toward its new goal of becoming a society and economy based on science by 2020, its schools need a major redesign. "Educators have to broaden the curriculum," she says, "moving away from traditional didactic instructional practices, with their heavy emphasis on rote memorization, and toward teaching practices that incorporate inquiry methods, classroom discussion, applications of knowledge, and the use of technology." But, to make this crucial shift, she notes, "they will need to revamp their examination system to encourage the flexible and creative approaches to learning that are important facets of U.S. education and necessary to develop the capacity to innovate."

Owen Edwards is a contributing editor for Edutopia and Smithsonian magazines.
Whitney Selfridge is a former intern of The George Lucas Educational Foundation.