What do a jacket, a set of paintings, a wood sculpture, and a series of photos have to do with a student's success in life?

That's because making these pieces requires skills for modern learners -- namely, critical thinking, problem solving, creativity, innovation, and persistence. Education innovators like Tony Wagner write about them. Colleges and universities describe the need for them. Employers and employer-affiliated organizations make the case for them, as do youth recently surveyed in a Gallup poll, which revealed the correlation between these skills and success at work.

How to get them? Well, David Kelley, founder of the award-winning global design firm IDEO, and Stanford’s d.school believe that making and creating instill a creative confidence that then spills over into other areas of school, work, and life. A group of young entrepreneurs celebrated as "makers reinventing the American dream" echo Kelley's findings.

But well-made and well-designed jackets, wood sculptures, paintings, and photos don't just happen. It's a struggle to create and make, and through that struggle, these important skills are acquired. Robert, a high school senior and maker, helps us see how this process plays out. His experience takes us inside the student side of making, where the learning takes place.

Robert, like many of his high school peers, participated in a six-week capstone project that he designed. For his project, a one-man exhibition, he'd opted to create one wood sculpture, two large paintings, a series of photographs, and a jacket. While he'd taken the requisite art courses throughout high school, he had never worked in many of these media or with these kinds of materials.

Not long into his work, he grew frustrated and angry. When his teacher asked him why, he explained that the materials were challenging for him. For example, the wood wasn't as malleable as he'd expected. Working with larger canvases was equally daunting -- he was finding it hard to "see" what he’d intended to paint. The jacket wasn't working out, either. He'd never worked with wool or leather, so he'd been unable to anticipate how they'd feel and react when he sewed them. Even the photography was feeling foreign, as he'd never used medium-format film.

Robert was about to find out why the process of making is so valuable.

Because he couldn't default to one right or wrong answer for his project, Robert had to grapple with the uncertainty of making. To counter this uncertainty, he had to learn skills for getting unstuck.

For example, when he hit a wall constructing the jacket, he sought out experts, like experienced tailors, from whom he could learn and ask questions. With his paintings, he ran into a different roadblock. As he painted, he was unable to see what he'd intended on such large canvases. His teacher suggested that he use strategies to gain a fresh perspective, like stepping away for a bit, turning the painting upside down, and working on smaller prototypes in order to experiment.

Robert also learned how to develop a healthy inner dialogue for making. His teacher helped him to see that how he coached himself during these times of frustration, uncertainty, and failure was an important part of making, creating, and, frankly, of life. Learning to navigate this process and to see it as normal to the act of making and creating helped him gain resilience and become more comfortable with ambiguity. Equally important were the skills Robert gained in directing his own learning, setting his own schedule, and learning to be flexible and adaptable.

Robert had to get comfortable, again and again, with the feelings and experiences associated with making. To get unstuck, he had to reflect on, readjust, and learn from them.

Researchers at Harvard University's Project Zero have studied embodied cognition, or learning by doing, making, and nteracting with materials. Robert's experiences working with new materials reinforces art educator Elliot Eisner's belief that "Each material imposes its own distinctive demands, and to use it well we have to learn to think within it." Likewise, neuroscientists such as Sebastian Seung, leader in the field of connectomics, are gaining insights into how the brain's neural network is shaped by our experiences. This process would include Robert gaining a deeper understanding of his materials, embracing the messiness inherent in creating, and accepting the range of emotions that he'd feel.

Through the process of making and creating, Robert gained very specific skills. These included:

Directing His Own Learning

When Robert got stuck in the land of "I don't know how to do this," he had to problem solve. Could he learn how by himself? Did he need to watch YouTube videos? Did he need to seek out experts online and in person? In directing his own learning, he was building his personal learning network and tapping into the abundance of resources available in person and online. These are skills that will allow Robert to flourish anywhere.

As Robert got more comfortable with the difference between what he wanted to make versus what he actually made, he spent less time wallowing in "it's not coming out the way I want it to." Getting comfortable with vulnerability and withholding judgment are skills that research professor Brené Brown describes as paramount for creativity and entrepreneurship. They are what allow us to seek out feedback in order to improve. These skills take our work to the next level faster.

With each project, Robert had to overcome feelings of "this is hard." He learned how to train his inner dialogue to see these hard moments as normal and to remove judgment and discouragement from how he talked to himself about them. He learned how to reflect on the insights gained with each failure and to see them as what they really are -- part of the learning process. To counter "this is hard" requires an inordinate amount of grit, resilience, and persistence, and helps students like Robert gain agency and, ultimately, the confidence to tackle new challenges. 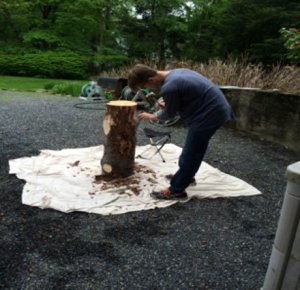 The U.S. currently spends over $1.7 billion dollars on standardized tests. Most of these tests measure students' ability to recall stand-alone facts and provide one right answer. We know that college and career success requires the skills for modern learning associated with making. Our challenge is to bring maker experiences into students' K-12 curriculum so that they can learn, deepen, and master these skills before they graduate.