Every year, the stress of school reaches a fever pitch during standardized-testing season. Whether it's the SAT, APs or end-of-grade testing, teachers race to re-impart all the knowledge covered, parents dump boulder-sized practice books onto the dining room table, and students who were happily coasting along become acutely aware that the academic equivalent of Judgment Day is nigh.

As tutors, we are contacted after a student has already undergone one round of test prep, yet thoroughly bombed an exam. While the parents freak out, the child feels miserable. As we calmly rework the material with the student, it becomes clear that he or she understood the majority of the material just fine, but drew a blank, freaked out, panicked, felt stupid or just grew frustrated enough to give up.

When children discuss how they felt during the test, they are on to something. In the past few decades, researchers have discovered that emotions have the neurological ability to shut down the learning process. In other words, feelings can determine not only what you're thinking but also whether you're thinking at all.

Part of the reason emotions have been able to hijack the testing process for so long is that feelings are often not taken seriously. Students think of emotions as fuzzy byproducts of life, only to be acknowledged around a campfire while singing "Kumbaya." Fortunately, at least one group takes emotions very seriously: neuroscientists. Using MRI brain scans, scientists have discovered that emotions such as intimidation, anger, frustration and especially fear can actually shut down your attention. When you're afraid, your amygdala (a tiny part of the brain shaped like an almond) fires up, so that you can only focus on survival. Ever heard anyone say, "I was so scared, I couldn't think?" That's an accurate description.

Fear comes from the most primal part of your brain. If you were a caveman and you encountered a poisonous snake, overthinking the pretty pattern of its skin or the sharpness of its fangs would increase the risk of being harmed. The best response would be to instantly stop thinking about anything except getting far away from danger. 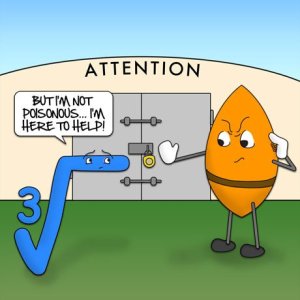 By fearing the bubble sheet in front of them, students permit themselves to shut down exactly the parts of their brain that they most need in order to answer those questions in the first place. This was the part of the research that surprised us the most when we started work on The Straight-A Conspiracy. Our students' stress wasn't an effect of failing tests -- it was the cause. Kids say, "The test was too hard, so I got frustrated." In reality, the test was hard because they got frustrated. Scientifically speaking, emotions can temporarily undo learning.

Put Emotions in Their Place

Teaching students to manage -- and master -- their emotions is essential. The great news is that, while emotions act like an atomic bomb for the learning process, we already have a lifetime of practice handling our emotions. Students know how to defuse their anger when it's not appropriate to start a fight, or to talk themselves out of their fear after watching a scary movie. All it takes is a quick, conscious change in perspective. Dealing with emotions is easy once you recognize them and become aware of their effect.

It's important to train students to recognize moments during a test when they have allowed emotions to hijack their attention. In that moment, all they need is a reset -- any deliberate change in perspective that defuses emotions and gets them back on track. The reset might be thinking, "I just have to take this one step at a time." It might be focused reflection on all the great practice they have done. One powerful reset takes advantage of the opposite emotion, in this case strategically laughing at their fear.

Tell your students, "This is a test. Not a snake." Incidentally, positive emotions such as joy and curiosity accelerate comprehension and retention.

What’s the best reset? Whatever works.

We've all gone far too long without giving emotions the credit they deserve. It's not uncommon for students to burst into tears, suffer panic attacks, or even vomit while taking tests. These behaviors do not reflect on how smart or prepared our students are, and they certainly don't mean that they are "just bad test takers." As test day approaches, allot some class time to explain how fear is triggered and how to hit the reset button so that emotions won't impair performance.

How do you prepare students for high stakes tests?