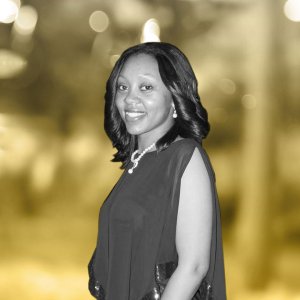 Two years ago, Latoya Allen picked up her 4-year-old son at their neighborhood elementary school in Syracuse, New York, and his prekindergarten teacher pulled her aside. The teacher said that Allen’s son always seemed tired; she’d even seen him sleeping in class more than once.

When Allen asked her son what was going on, he told her, “Everything they do I already know.”

Allen, who runs a mentoring organization, was surprised. In preschool, her son had perfect attendance. He didn’t want to miss a single day, and now he didn’t want to go to school. Allen asked the teacher to give her son more challenging work but was told the class had to follow a standard curriculum.

Inspired by the experiences she’d had with her older son the previous year, Allen began to look into other options. The same elementary school had been a good fit for her eldest, but Allen hadn’t wanted to send him to the neighborhood middle school, listed by the district as “persistently struggling.” After a failed attempt to get a school transfer, Allen applied for a slot at the charter school her older son now attends.

A lot of young families get married and don’t want to put their kids in the district. They move out to go to other schools. If we had other options, residents wouldn’t be running out of the city.

While pleased with the charter school, Allen said the decision is not a community favorite.

“We don’t have many options here—people mostly attend neighborhood schools,” said Allen, who went to local schools herself. “People are totally against the charter school taking students from city schools.”

On a leap of faith, Allen put in an application to send her younger son to one of the few other public school alternatives in the city: a new district school for gifted students. Her son passed the required test and started kindergarten there last year—the school’s second year of operation.

So far, the rigorous school has been nothing short of “awesome” for her younger son, says Allen, who served as a room parent last year. Her son loves it so much that he cried on the last day of kindergarten and asked to go to the school’s computer coding summer program. It helps that all the kids are motivated learners, or “little baby brainiacs,” Allen says, so the teachers can focus on academics instead of behavior.

Some parents are anxious about the school’s future, though, especially because the superintendent who opened the school left this year. But Allen remains optimistic. She’s also pleased to see more options for schools in Syracuse, while recognizing that the issue is controversial.

“A lot of young families get married and don’t want to put their kids in the district. They move out to go to other schools,” said Allen, who ran for the school board last year. “If we had other options, residents wouldn’t be running out of the city.” 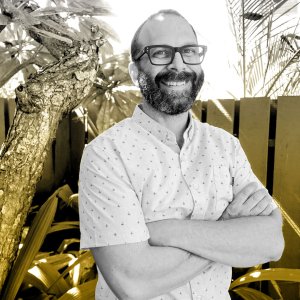 Growing up in rural Wyoming, Hans Nielsen and his brother didn’t think much about school selection.

“There was one school in our rural community,” Nielsen said. “My dad’s one decision was ‘when do I take the boys to get new pants for the school year?’—that was it.”

As an adult, Nielsen settled down more than 3,000 miles away from his boyhood home in Honolulu, after serving there in the U.S. Navy. Now a health and safety coordinator at the University of Hawaii, Nielsen began a much more extensive process looking at schools with his wife after learning that their neighborhood elementary school was low performing.

We tried to be realistic and do the best we could without being influenced by community pressure to tell us what was right for our daughter.

They were shocked to find significant pressure in the community to enroll their daughter in a private school.

Hawaii, which has a single district overseeing all schools in the state, also has the highest percentage of students in private school in the nation, at roughly 19 percent; the national average is 10 percent. Some attribute that percentage to historically rooted racial bias about public schools.

After much deliberation, the Nielsens applied to two private schools and 10 public schools, including two public charters, through geographic exception letters, which allow Hawaiian students to attend non-neighborhood public schools.

When the Nielsens’ daughter was offered spots at nine of the schools, they had a tough decision to make—especially whether private school was worth the high price tag. With all expenses factored in, Nielsen calculated that it would cost $30,000 per year to send their daughter to private school, resulting in sizable impacts on their retirement savings, stress level, and ability to travel.

“We tried to be realistic and do the best we could without being influenced by community pressure to tell us what was right for our daughter,” Nielsen said. “We just did not feel like private school was a good fit for our family or for her, even if we could make it work financially.”

The family ended up choosing a small charter school once run through the University of Hawaii’s College of Education. The school’s very small classes, enrichment offerings, and diversity that mimics the demographics of the community were the deciding factors.

The Nielsens are happy with the choice and are planning to send their younger daughter there in a few years too.

“We learned a lot about ourselves in this process,” Nielsen said. “We also have a much better idea of what our community is like; we feel like we’ve become better citizens as a result.” 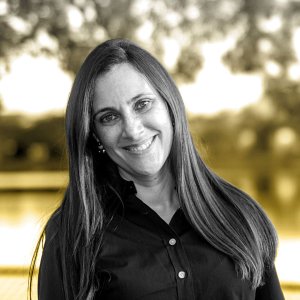 Moving from Caracas, Venezuela, to Fort Lauderdale a little over a year ago with her husband and 4-year-old daughter, Maria Palomera wasn’t familiar with the nuts and bolts of U.S. schools.

The family was pleased to find an apartment to rent in the surrounding Broward County—home to one of the largest school districts in the nation. While her husband worked, Palomera and her daughter began attending classes at a local chapter of the Toyota Learning Program, a family engagement and child development program, to improve their English and learn more about the school system.

With guidance from the program, Palomera looked into her neighborhood school. She was shocked to find that the Broward County district, which provides letter grades to every elementary school based on quality, had given the school a C.

“I thought the majority of the schools [in the U.S.] were good, regardless of where they were located,” said Palomera in Spanish. “Next time when I move, I am going to look first for a good school and then choose the place to live.”

Palomera searched for alternatives. She was disappointed to learn that the Catholic schools were private and costly, a shift from Venezuela. On a recommendation from the staff at the learning program, she applied for a spot at a local, well-regarded charter school through the school’s lottery system. Two months before school started, she learned that her daughter had not won a spot.

As the first day of kindergarten rapidly approached, Palomera felt resigned to the neighborhood school, as the lease on her apartment prevented a move.

I thought the majority of the schools in the U.S. were good, regardless of where they were located. Next time when I move, I am going to look first for a good school and then choose the place to live.

But as luck would have it, Palomera met a woman at a learning program event who worked for the district’s English for Speakers of Other Languages (ESOL) Program. She advised Palomera to apply for a permit, or geographical reassignment, so Palomera’s daughter could attend another school in the district.

Palomera found an elementary school graded an A only 10 minutes from her house and applied. The permit was approved, and Palomera’s daughter started kindergarten there this year. She was also accepted into the school’s English-Spanish bilingual program.

Her daughter already knows her ABCs and the letter sounds in English, and is starting to read beginner reader books, reports Palomera, who is very pleased with the school. Though she was influenced by the schools’ grade on the district website, Palomera advises other parents to take online information with a grain of salt.

“The information from friends is more personalized and trustworthy than the internet,” said Palomera of the school selection process. “It was a difficult [process], but I had a lot of help. If I didn’t have my friends or the program, it would have been very hard.”