Fifth-grade teacher Rebecca Secrest is no stranger to a class peppered with new students, and this school year during the pandemic was no different.

Her school, located next to a Marine and Navy base in Silverdale, Washington, sees a net change of more than 200 students per year in a total school population of around 500 students. The constant state of flux can make both more established and newly arrived students feel anxious or distracted, Secrest said. Moreover, students who move a lot struggle with trust and feeling a sense of belonging—the building blocks of productive academic environments.

“Students shouldn’t be expected to trust their teachers, the school, the other students; they should be allowed the time and space to build that trust,” said Secrest, reflecting on the need to support new students’ emotional well-being. “Educators should understand that their position alone doesn’t garner them trust—they need to earn it too.” But that’s no easy feat when educators aren’t sure how long they’ll have a new student, and the student isn’t sure how long they’ll stay. 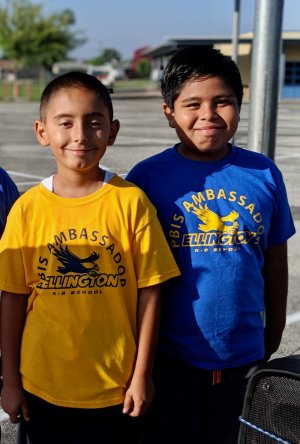 An issue with having many faces and equally as many names—student churn, transience, or turnover—refers to the upwards of 6.5 million K–12 students nationwide who move to new schools throughout the academic year, according to Education Week. Educators report that Covid-19 has exacerbated the problem, as many families change schools due to job loss or to access a specific learning environment—remote, in person, or hybrid. According to a recent survey from Teachers Pay Teachers and The 74, roughly 70 percent of teachers had new students in their classrooms in the last two months; 14 percent said they had 11 or more new students.

Though the reasons a child switches schools may vary—custody issues, safety concerns, expulsion, a new job, homelessness—mobility can greatly impact a student’s academic achievement and make it challenging to forge the relationships that keep them connected to school. A workshop conducted in 2009 by the National Research Council and Institute of Medicine found that a single move could adversely impact an elementary school student’s reading and math scores, as well as increase dropout rates for older students—impacts exacerbated by multiple moves. The data also shows that transience disproportionately impacts low-income students and students of color, deepening preexisting inequities in education.

“Even if a child is fully on board with the move, there’s typically an adjustment period where a student feels a little lost or awkward,” said Phyllis Fagell, a school counselor in Washington, DC, who says she’s seen an increase in student transience during the pandemic. “Pre-pandemic, that would resolve more quickly. When you factor in masks, cohorts, and social distancing, it often takes longer to feel a sense of belonging.”

Though being the new kid will never be easy, educators and support staff shared their best practices—from buddies to welcome cards—for helping new students and families acclimate to the school community.

Supporting the emotional needs of new students and laying down a foundation of trust begins with students’ feeling seen.

Justin Minkel, an elementary school teacher and an Arkansas Teacher of the Year, advises educators to be open with new students so they feel comfortable opening up about themselves. He starts by telling new students his personal story about switching elementary schools and being bullied in middle school, with the hopes that one day the students will share their stories with him.

Cathleen Beachboard, an eighth-grade English teacher in Fauquier County, Virginia, said she conducts entrance interviews with her new students, asking them what kinds of topics they love, what they feel they’re good at, and what their interests are, to create a “welcoming environment” that recognizes their individuality.

After the initial interviews conducted on video during the pandemic, Beachboard uses what she learned about a student’s interests to break the ice in the classroom—and get them engaged in the curriculum. If a student mentions they like horses, for example, she might mention horses in that day’s lesson and ask the student if they have anything to add. “They like my class because I’ve designed it around what I’ve learned about them,” she said.

For a new student, joining a classroom can feel a bit like visiting another country where you don’t speak the language and aren’t aware of the customs.

“You don’t realize how you built this really specific class community—in some ways like a family,” Minkel said. “Each family has their own culture and ways of doing things, so I think a new student’s addition to the classroom can kind of be jarring in a way.”

To help students feel they are part of the class, educators say, they often turn to peers for help, being mindful to create a mix of one-to-one, small group, or all-class activities so that a student feels comfortable, even if they’re introverted.

At Live Oak Elementary in Covington, Georgia, educators rely on welcome ambassadors—fourth- and fifth-grade students selected by their teachers—to lead tours for new students. Dr. Tomeka Stringer and another counselor at Live Oak have a monthly small group meeting with new students where they share a welcome booklet that goes over the school motto, expectations, and rules. Students are able to jot down their thoughts and questions in the booklet and talk them through. “This helps them to make new friends and realize that they are not alone in their new school experience,” Stringer said.

Beachboard recommends connecting students with a designated buddy. After conducting Hopes and Dreams Conferences to identify a student’s aspirations and goals, Beachboard introduces each student to their “goal buddy”—a student, “kind of like having a workout partner,” who will hold them accountable and track their progress over the course of nine weeks.

Other educators shared that they have existing students make cards for the new student, take a new class photo, or ask students to give shoutouts, or positive comments, to their peers. “[Shoutouts are] not just me as the teacher saying, ‘You’re doing well!’ It’s a way for them to interact with each other and celebrate positivity,” said first-grade teacher Valerie Gallagher.

A student moving from one school to another—even if it’s in the same district—can encounter different academic curricula that puts them ahead or behind.

“If they come from another town, even within the same state, they may have had a completely different approach to how they learn reading,” explained Minkel, who calls the U.S. educational system a “patchwork.”

To ease the academic transition, Patrick Henry High School in Minneapolis requires all new students—around 50 a year—to complete a two-to-three-week-long orientation called PHamily Academy that runs throughout the school year. During the orientation, they meet support staff who talk to them about school rules and expectations, and help connect them to resources they may need to adjust academically.

Rosa Costain, PHamily Academy coordinator, said she shares what she learns in student sessions with the rest of the staff so that everyone is looking out for the new student. “I send an email to all their teachers with everything I have learned about them: where they are coming from, who they live with, their learning style, favorite classes etc.,” she explained.

Principal Delia Racines’s K–8 school, meanwhile, runs the Cougar Pals program, which pairs new students with a college-aged mentor from a local university. The mentors focus on mitigating academic concerns—and building a relationship with students—through virtual biweekly one-to-one sessions. “They tend to talk to these Cougar Pals a lot more than they would to faculty, or staff, or even anybody that they would consider [from the school] district,” said Racines, reflecting on the impact of adult role models for new students.

Connecting With the Family

Integrating new families into the school community and ensuring that they feel heard is critical to a new student’s success, educators said.

To make new families feel welcome, the Sheridan School in Washington, DC, assigns every new family a buddy family who has a child in the same grade. The buddy family conducts initial and regular outreach to the new family, serving as a resource for the many little questions that families have. 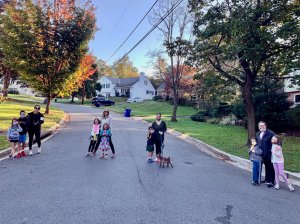 At Burning Tree Elementary School in Bethesda, Maryland, the school organizes activities for new and existing families to connect, such as a virtual bingo event, virtual trivia night, and various virtual scavenger hunts with differing monthly themes. Racines, meanwhile, said she hosts virtual parent coffee meetups once a month, during which she opens the floor for questions and connects new families with the rest of the parent community.

A simple call also goes a long way, shared Beachboard, who makes an effort to call each individual family to talk about their child. She additionally commits to three positive phone calls every day to the parents of her 76 students throughout the year.

“I say, ‘I just wanted to call and tell you this amazing thing’—it doesn’t even have to be academically related. It just has to be something showing how that child is unique and beautiful,” she said. “And that makes them feel welcome and like the classroom’s the place that they should be and they should always have been.”