Among people who publish comprehensive, deeply considered books about American education, Ted Dintersmith is not your typical figure.

After earning a PhD in engineering from Stanford and working in venture capital for 25 years, Dintersmith decided to make an abrupt late-career switch. Increasingly alarmed at what he saw happening in schools across the United States, he turned his focus to education, embarking on “an ambitious trip” to observe innovative practices at schools in all 50 states.

His subsequent book, What School Could Be (published in April 2018), describes the best of what he saw—and highlights his fervent belief in the value of teacher expertise, student agency, and locally derived solutions. Taken as a whole, the book is a rallying cry for an overhaul of the American educational system.

Dintersmith now spends his time speaking about the need for innovative approaches to education and promoting the Innovation Playlist, a resource for educators interested in implementing innovative practices in their own classrooms.

I recently spoke with Dintersmith about his book—and his ideas about what teachers can do to prepare students for what he calls “a world of innovation.”

EDUTOPIA: You spent decades in venture capital before shifting your focus to education. What gave you the idea to start working on what you’re doing now?

TED DINTERSMITH: I had breakfast with a friend one day who was really excited about a new investment they had made in a company called Harvest Automation. He said—not in a vicious way, but in passing—that this company was going to put every minimum-wage worker in landscape nurseries across the country out of work.

On my drive home, I was thinking of so many of the companies he had backed, companies I had backed. So much of that innovation—which, on the surface, seems like an unambiguous good—is actually marginalizing, and, in many cases, is eliminating not a few jobs here and there, but lots and lots of jobs. 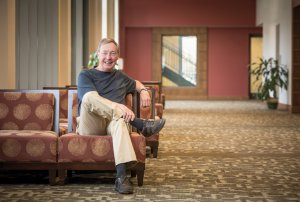 In my talks, I frame it this way. I say, “If I visit your school, I’d be willing to bet that if a kid there is excellent at memorizing material, replicating low-level procedures, and following instructions, that kid will be on your honor roll.”

EDUTOPIA: So how does that relate to your vision for the future of education?

DINTERSMITH: This sounds immodest, but I think what makes me unusual is that I don’t have a “vision.”

What I try to bring to light are distinctive, powerful visions that we can find all over the place—in every district, in every municipality, in every state. You find these great examples, but they’re not identical. When something works, it’s because it’s a vision that the students find engaging and challenging, and have a voice in; the teacher deeply believes in it; and the principal and superintendent support it.

When I’m at events, I really insist that no one introduce me as an education expert. I don’t view myself that way. I view myself as someone who works really hard to listen to, and learn from, the people doing the hard work in the field. I appreciate the vision that classroom teachers and administrators are bringing to their kids all across the country. They are the education experts. We need to listen to them, as opposed to imposing business principles that really don’t apply to schools.

EDUTOPIA: You seem to respect the fact that a lot of teachers balk at people outside of education telling them what to do. But, at the same time, it seems—and correct me if I’m wrong—that you do advocate for some models (and not others).

DINTERSMITH: The informed people will say: Well, isn’t this what John Dewey said? Isn’t this what we’ve seen for thousands of years in terms of the way people learn, the way they display what they’re good at, the way they benefit from experts, from apprenticeship models, from mentorship models? Of course.

But there are certain models that I know prepare kids to fail. I’m not the expert in how to shape successful models in the classroom, but if I visit a school and I see kids being rewarded for memorizing material, replicating procedures, and following instructions, I know that that is clearly going to disadvantage those kids.

On the other hand, you know something’s working in a school when the kids have that spring in their step and they’re really anxious to get to their classes. When you visit a class and poke your head in the door, and you can’t even immediately see where the teacher is. There is just hum and buzz.

Then you interview those kids and say, “Tell me what you’re learning and why it’s important to you.” In those schools, the students aren’t working just to get a good grade, or because the teacher told them to do it or because it’ll be on a state test. It is because the students want to learn it, and they can explain why it’s important to them—and to their surrounding community and the world. When you see kids engaged, it’s just a qualitative sense that you have, and that’s very different from how society likes to measure the success of our schools, which is quantitative. But it’s hard to convince people that a qualitative assessment is something that should be the standard by which success is judged.

EDUTOPIA: Let’s say you were able to design a school or school district. How would you go about doing that? What would you want to keep in mind?

DINTERSMITH: I think it’s way more important to think about what we can do to put in place a change model that lets lots of schools advance in their own way. It’s the antithesis of somebody coming along and saying, “Everybody has to do X.” Put in place a condition so that every school can do what they know is critical.

If we can set those conditions for entrepreneurs and view them as important contributors to society, then why wouldn’t we have the same mindset when it comes to our teaching force? How many of my startups would love it if somebody came along and said, “Your board of directors is going to entirely consist of local teachers”? I think they’d say, “Well, wait a minute. What do they know about a technology startup?” And I’d say, “Well, why do you think that you should be telling all the teachers what to do?”

So three and a half years ago, I had this idea of going on an ambitious trip. I committed to going to all 50 states in a single school year, just absorbing and learning a ton about schools. 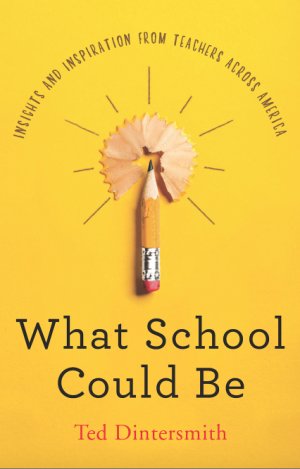 I saw an amazing mosaic of powerful learning experiences. But at least on the surface, they had little in common: What does designing robots as a kindergarten kid in Fort Wayne, Indiana, for example, have to do with doing documentaries on historic buildings for eighth graders in Fargo, North Dakota? I started thinking really hard about the common principles that were evident in schools I saw that were successful.

I concluded that in the outstanding schools, there was real agency for the students: They had a lot of discretion over what they chose to study, instead of being told what they had to study. Successful schools were clear about the essential competencies, skill sets, and mindsets their kids needed. The students were busy with meaningful projects: They were making things, creating things, and they were given the space and support to ask great questions about what they were learning. When they mastered a topic or, skill, it was true mastery—something they’d retain well beyond the scope of the class. And then there was the presence of this missing piece, which was a sense of purpose in their school work.

I ended up calling those PEAK conditions—purpose, essentials, agency, knowledge. The most successful schools had those underlying conditions in common.

EDUTOPIA: Just a point of clarification: Do you agree that there should be some nonnegotiables? A business can thrive or fail, but if a child doesn’t learn to read well, for instance, that’s a whole different kind of problem.

DINTERSMITH: Of course. The remarkable school experiences I describe in What School Could Be weren’t, in any way, the equivalent of saying to an 8-year-old, “Do whatever you want. If you decide you want to do nothing but play video games all day long, as long as you’re excited, great.” That is not the message here. It’s about extending trust to the teacher, subject to thoughtful checks and balances, and empowering them to create learning environments where their students thrive.

In my book, I talk about New Hampshire, where they trusted teachers to take a lead role in a next-generation accountability framework. It wasn’t just, “Do whatever the heck you want to do,” but the teachers were empowered to play a lead role. They collected examples of student work, by grade level, with teachers’ assessments of what would be considered adequate, proficient, and excellent. They turned those into a framework for deciding where students’ work would fall on that scale.

And guess what? When you trust experts, they don’t get it wrong. What these teachers shared with me was that out of 500 student portfolios assessed against the new framework, they only had meaningful differences on five. The teachers said, “Hey, it was a lot of work, but it was worth it.” I don’t find lazy teachers. I find teachers that, if they think it’s important, they will go to great lengths to make it happen.

EDUTOPIA: Is there anything else you’d like to add?

DINTERSMITH: We’ve got an opportunity for our country to have a Sputnik or Marshall Plan opportunity in our commitment to education. It’s high time for us to reimagine what school could be, and have adults across the nation support our teachers in the aspirational goal of giving every single kid in America a fighting chance in life.