Each year, educators face the December dilemma: How will they address religious holidays and be inclusive of families’ celebrations outside of Christmas? The end of the year tends to throw this problem into sharp relief, but of course it extends well beyond December as religious and cultural holidays occur throughout the year.

Solutions vary: Some schools have canceled Halloween, for example, as families opted out for religious or personal reasons, and many schools struggle to teach students about Thanksgiving in a way that acknowledges the impact of the European settlers on the Indigenous population.

Addressing this issue feels important for teachers and school leaders because they know the stakes: This isn’t really about decorating cookies or paper Santas. With research showing that feelings of belonging improve academic outcomes, it’s imperative that all students see their authentic selves—including their families’ culture and heritage—reflected in their classrooms and schools.

Teach About Holidays Year-Round, Not Just in December

Peter Siegel remembers that when he was growing up in New York in the early 1980s, school holiday parties often seemed commercially driven—centered around eating rather than the history of the traditions being celebrated.

Now a K–5 teacher at Symonds Elementary School in Keene, New Hampshire, Siegel is motivated to highlight the cultural history behind a variety of holidays, which he teaches as a means to emphasize commonalities between different cultures.

Siegel acknowledges holidays year-round through stories, songs, and games, connecting them by their common themes. Holidays like Easter, Passover, and Holi—an ancient Hindu festival—celebrate spring traditions and rebirth, and Siegel sings songs about spring like the Mexican “De Colores” and England’s “Bells of Norwich.” He shows students that fall holidays like the Mexican Día de Los Muertos and Chuseok, a Korean harvest festival, tie into honoring ancestors—as did Halloween originally. And Siegel teaches students how winter holidays—like Christmas, Hanukkah, Kwanzaa, and Chinese New Year—are connected by the theme of light.

“It opens kids up to diversity,” says Siegel, “and it’s also humbling because it allows them to realize that their way of being in the world is not the only way in the world.”

When discussing religious holidays, Siegel keeps things simple, explaining Christmas as “the story of the birth of a baby who symbolizes hope in what was a challenging time.” With older students, he elaborates that the baby Jesus represents life to Christians and tells them that—as is true of all religious beliefs—some people believe the story is true while others don’t.

Siegel connects the themes he covers to other aspects of instruction, sharing lessons on geography and social studies that connect to different cultures around the world. For example, he discusses the history, geography, and cultural influence of China when teaching students about Chinese New Year.

Fourth-grade teacher Sarah Pemberton periodically uses 10 to 15 minutes set aside for in-class reading to teach her students about cultural, federal, and religious holidays and celebrations. She has students choose one to three resources, which include songs and videos in addition to stories and articles.

Pemberton uses Bitmoji libraries from the Facebook group Bitmoji Craze for Educators for celebrations like Hispanic Heritage Month and Indigenous People’s Day. She recently created Google Slide libraries—which she shared with that Facebook group—to acknowledge holidays her students celebrate, including Christmas, Rosh Hashanah, and Ramadan. She also teaches them about other holidays from around the world, in order to expose them to cultures and beliefs outside of their own.

“When I was a kid, we didn’t talk about differences,” said Pemberton. “We weren’t given tools to discuss and ask questions without feeling like it was inappropriate.”

This year, she had students complete a group research project about the holidays using the digital libraries she had created. After gathering information, they created presentations for their peers on the religious beliefs, traditions, and history behind a holiday.

Pemberton’s work around teaching students about holidays they don’t celebrate reflects the value that educators see in expanding their students’ perspectives. That drive to expand perspectives is also apparent in the ways many educators approach the quintessential American holiday, Thanksgiving. By adding the perspective of Indigenous peoples to that of the European settlers, these educators attempt to give students a deeper understanding our national story.

Margot Toppen, founder of a nonprofit called EduMotion, highlights commonalities and differences between different traditions through dance. For example, by watching a traditional Día de Los Muertos dance and comparing it to Michael Jackson’s Halloween-based “Thriller,” students learn how the dancers’ movements help tell a story. For Thanksgiving, Toppen suggests having students compare harvest dances from Indigenous cultures in parts of the world where they have ancestors. She notes that some traditional Thanksgiving activities, like making Native American–style headdresses with construction-paper “feathers,” may be offensive to Indigenous peoples.

Brittney Paige, a fifth-grade teacher at Maple Elementary School in Seattle, remembers that activity from when she was in school. “We don’t do that,” she says of her classroom. Instead, students learn about the accomplishments of Indigenous peoples and look at Thanksgiving from both European and Native American perspectives.

Paige highlights current achievements of Native people as a way to counter her students’ misconception that they are all gone and can be found only in the pages of textbooks. They are congresspeople, ballet dancers, designers, musicians, and astronauts, she tells her students.

Paige has students read two articles to understand Indigenous peoples’ perspectives on Thanksgiving: “Thanksgiving: a Native American View” by Jacqueline Keeler, of the Dineh and Dakota nations, and “The Suppressed Speech” by Wamsutta (Frank) James, of the Wampanoag. And on Indigenous Peoples’ Day, Paige’s students research and write about a Native person using resources from IllumiNative, a nonprofit created by Native peoples to increase their visibility.

To ensure that students don’t feel excluded, some schools trade holidays that are rooted in specific religions, like Halloween and Christmas, for more general festivities, like autumn and winter celebrations.

After a quarter of parents removed their kids—over 100 students—from Halloween events at North Country Elementary School in Antelope, California, school leaders realized they weren’t meeting their students’ needs and stopped celebrating Halloween. They replaced it with an evening harvest festival and a spirit day.

Paige’s school, Maple Elementary, doesn’t have Christmas or Hanukkah parties. Instead of focusing on religious holidays, the school celebrates the different cultures within the student body, hosting a Lunar New Year and a Filipino festival that are reflective of the majority Asian student population, and an African American festival created in response to student requests. 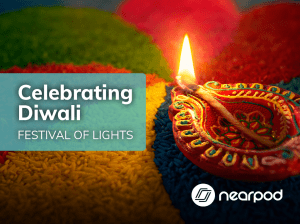 It’s important to collaborate and communicate with students and their families throughout the year when teaching about the holidays, says Judie Offerdahl, a second-grade teacher at Centerview Elementary School in Blaine, Minnesota. At the start of the year, she surveys students to see what they celebrate and teams up with families to share their experiences.

In addition to having students share their traditions—and using Nearpod, Teaching Tolerance, and Scholastic to offer more background knowledge about the holidays—Offerdahl pairs students who celebrate different holidays and has them write about and discuss their traditions and the commonalities between them.

“We talk about how learning about others does not mean we are expected to practice the way they do,” says Offerdahl. “Rather, it helps us have an understanding of the world and the people around us.”