While Niobe Way was working toward her PhD in counseling at Harvard University in the late 1980s, she was struck by the fact that boys frequently told her during therapy sessions that they wished they had better friendships.

Decades later, Way, now a professor of developmental psychology at New York University and the author of Deep Secrets: Boys’ Friendships and the Crisis of Connection, has interviewed more than a thousand boys and has found that little has changed. “The culture of hypermasculinity makes it harder for boys to form relationships, and that leads to a crisis of connection,” said Way, who has discovered that while boys desire connections with peers, they tend to distance themselves as they age, due to social stigmas.

“I feel pretty lonely and sometimes depressed... because I don’t have no one to go out with, no one to speak on the phone, no one to tell my secrets,” confided one high school boy in Way’s book, expressing a typical sentiment. “I tried to look for a person, you know, but it’s not that easy.”

While the teenage years have always been a time for critical development and heightened emotions, America’s teens now seem to be struggling more than ever—especially boys. One study found that the rates of depression increased by 52 percent in teens between 2005 and 2017, and in 2019, 70 percent of teens reported anxiety and depression as major problems. For boys in particular, there has been an alarming rise in suicides among older teens (15 and older) since 2000, and they die by suicide at three to four times the rate of girls.

@doondevil via Twenty20
From an early age, boys are encouraged to bury their feelings and present a tough exterior. Experts say these social dynamics have long-term implications for their mental health. 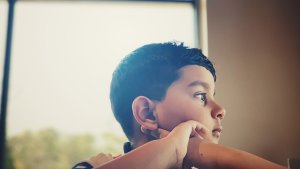 @doondevil via Twenty20
From an early age, boys are encouraged to bury their feelings and present a tough exterior. Experts say these social dynamics have long-term implications for their mental health.

While there is no one cause, psychologists and educators point to increasing pressures to succeed in school and a growing reliance on technology that can leave kids feeling isolated and vulnerable—a situation exacerbated by Covid-19. According to experts, boys can struggle more than girls because they have fewer tools to cope with emotions and stressors, and they are less likely to get the help they need. Without the means to effectively process emotions, boys are more prone to lash out in unhealthy ways or alienate themselves.

“Our expectations and stereotypes of boys are preventing us from seeing boys—their social and emotional desires and capacities—in broad daylight. The consequences of such disconnection and blindness are evident in the statistics suggesting a ‘boy crisis,’” Way said in her book.

But it’s not hopeless. Boys can benefit from a school culture that destigmatizes mental health issues, creates opportunities to connect with other boys, confronts ingrained masculine stereotypes, and provides support from adults who understand their needs.

Just Don’t Talk About It

Many boys—though certainly not all—have trouble talking about emotions and feelings because social norms have encouraged them to conform to a masculine ideal that emphasizes values like stoicism, toughness, and competitiveness, according to Phyllis Fagell, a school counselor in Washington, DC, who has run support groups for boys. Generosity and compassion, in contrast, are seen as feminine characteristics and therefore present a threat to their socially constructed identities.

These pressures, which begin when they are very young, deprive boys of the self-awareness and emotional vocabulary to recognize and process their feelings; they are, in turn, unlikely to seek help from an adult or peers when they struggle. Despite the uptick in depression among teens generally, a recent study found that only one third of boys ages 12–17 sought out help for depression in the last year, compared with 45 percent of girls.

Sometimes, even when boys have the emotional language and recognize the flaws in societal norms, they still conceal their emotions in order to fit in. This can take a serious toll on their mental health, according to Fagell, who is the author of Middle School Matters. “If you are expending energy to pretend you’re something that you are not, if you are constantly faking it, that contributes to anxiety and depression,” she said, alluding to the high rates of mental health issues in teens.

Destigmatize mental health: To help boys process emotions in a productive way, schools need to destigmatize mental health challenges generally, “so boys feel that it’s a little bit easier to talk about their feelings,” said Peter Faustino, a school psychologist at Scarsdale High School in New York. A 2020 survey of more than 1,500 youth ages 13 to 19, for example, found that 81 percent of them reported mental health as a significant issue and 79 percent wished their school talked more about it.

Faustino said that his school has tried to build a positive culture around mental health through a variety of efforts, such as the Mental Health Awareness Club, which has partnered with Glenn Close’s mental health foundation Bring Change to Mind. They also offer designated wellness days, during which teachers can take a break from academics and talk with their students about social and emotional well-being. 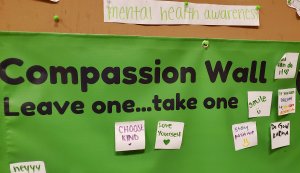 When social and emotional skills are infused into the entire curriculum—not just taught in health classes—boys feel more comfortable opening up, according to Melissa Holland, a professor of school psychology at California State University, Sacramento.

“We need to twist the prism a little bit about how boys view mental health and their own emotional health,” Holland said. “We can’t totally shift what the kids are exposed to at home, but for the six to eight hours they are at school, kids can get positive mentorship about how to manage strong emotions.”

When boys can’t express emotions in a healthy way, they may become depressed or act out with anger and violence, experts say.

According to Holland, boys are prone to externalize their problems with anger, outbursts, or even violence. Data shows that boys are nearly twice as likely to get into physical fights as girls, for example. Often, rather than an exploration of the cause of the behavior, these outbursts result in punishment by schools and parents’ being biased and unfair, particularly for students of color and students with disabilities.

Because boys tend to lack emotional vocabulary—or they don’t feel free to express their feelings—their behavior becomes their communication, explained Fagell. “When a boy is acting out or is disrespectful, instead of personalizing it, we have to target their behaviors and not assault their character,” said Fagell, who recommended that educators give them more tools to express themselves.

Create spaces for boys to connect with boys: While boys can be reluctant to talk to therapists without nudging, one way to grow their emotional muscles is through affinity support groups at school, which research shows can be an effective tool for mitigating the impacts of distress and trauma. There, boys can start discussing common interests and superficial issues, then progress to talking about the pressures of growing up as a boy.

But these boy groups don’t necessarily have to be run by a therapist or involve sitting around in a circle. Sometimes, a group or an activity—like fundraising, volunteering, or playing sports—can help boys with some underlying issues by giving them an outlet and a focus, other experts say.

Courtesy of Phyllis Fagell
Boys from Phyllis Fagell’s school participate in an outdoor education activity. Creating opportunities for boys to connect with other boys around a shared purpose can break down their emotional walls. 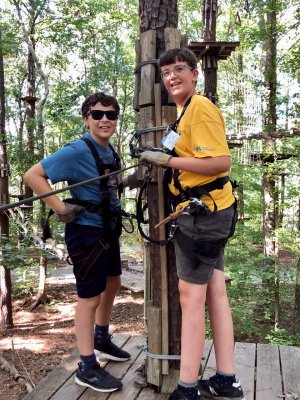 Courtesy of Phyllis Fagell
Boys from Phyllis Fagell’s school participate in an outdoor education activity. Creating opportunities for boys to connect with other boys around a shared purpose can break down their emotional walls.

Paul Groenewal, a New Jersey–based psychologist specializing in sports and teens, said he interweaves clinical lessons about feelings when he’s training high school coaches and players. Boys are most receptive when he focuses on strengths and concrete skills like cooperation and communication that they need to develop, he says. Techniques that he uses with his athletes, like deep breathing, especially work well with boys dealing with stress and anxiety at school.

“Some people will go to therapeutic programs that are aimed at ‘pathology,’ but there’s a lot to be gained from accepting our humanity and from working on our techniques, skills, or tools,” Groenewal said.

Yet even with opportunities to connect, sometimes it can be hard for boys to be emotionally vulnerable, especially with other boys, said Andrew Reiner, author of Better Boys, Better Men: The New Masculinity That Creates Greater Courage and Emotional Resiliency.

While boys may connect with each other by bumping shoulders during sporting events or by playing video games together, those games can be “a convenient distraction from meaningful connection,” explained Reiner. If and when they open up about their problems, they might do it with female friends instead, not male friends, to avoid appearing weak.

Build an empathetic school culture: As boys get older, their natural desire for connection is curbed by cultural forces that tell them that focusing on relationships is both feminine and immature, said Way. Efforts like creating an empathetic school culture can help boys learn to listen and to share—skills needed to form tight relationships, recommends Way, who is currently running a program called “The Listening Project” that helps middle-school students learn the building blocks of friendship.

John Kelly, a school psychologist at Commack High School on Long Island, New York, agrees. He and other staff at his school have worked hard to build a school environment that helps break down boys’ emotional walls through strong relationships that normalize open dialogue, he said.

As part of their efforts, psychologists and social workers visit an academic class once a year, introduce themselves, and talk about topics like character and asking for help. While they offer small groups and individualized help for students with bigger needs, all students in his school get this universal support. Teachers and parents are also trained to look for warning signs that a student is struggling mentally, including contemplating suicide.

“The relationships that you build with students help overcome some of the larger societal stigma and barriers that males tend to experience,” Kelly said. By teaching students that it’s OK to reach out for help, schools can help boys overcome those barriers to self-expression and connections with others, he says.

If you or someone you know is struggling with suicidal thoughts, you are not alone. Call the National Suicide Prevention Lifeline at (800) 273-TALK (8255). They provide free help 24/7.